Berlin is more than just the Brandenburg Gate or the Reichstag. Discover our tips for your special trip to Berlin!

The place to be

Berlin is a pulsating and historic city that offers endless possibilities. It doesn’t matter whether you are in Mitte, Kreuzberg, Neukölln, Friedrichshain or Prenzlauer Berg, each of the city districts has beautiful spots and we would like to tell about some of our favorites in this short city guide to Berlin. 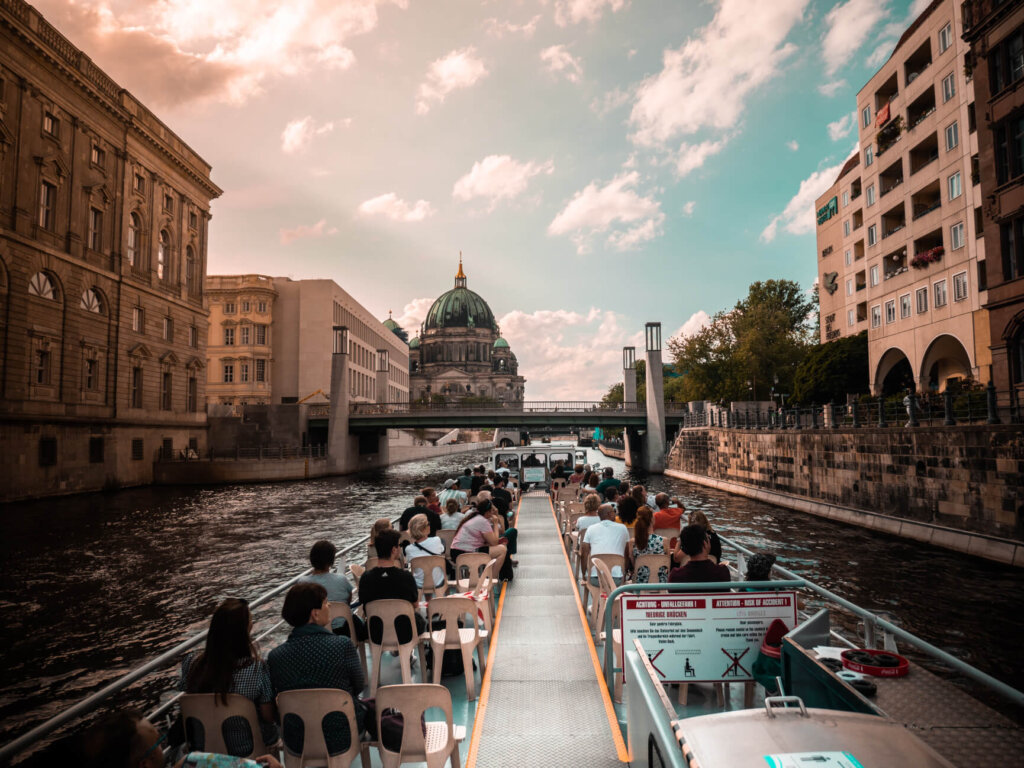 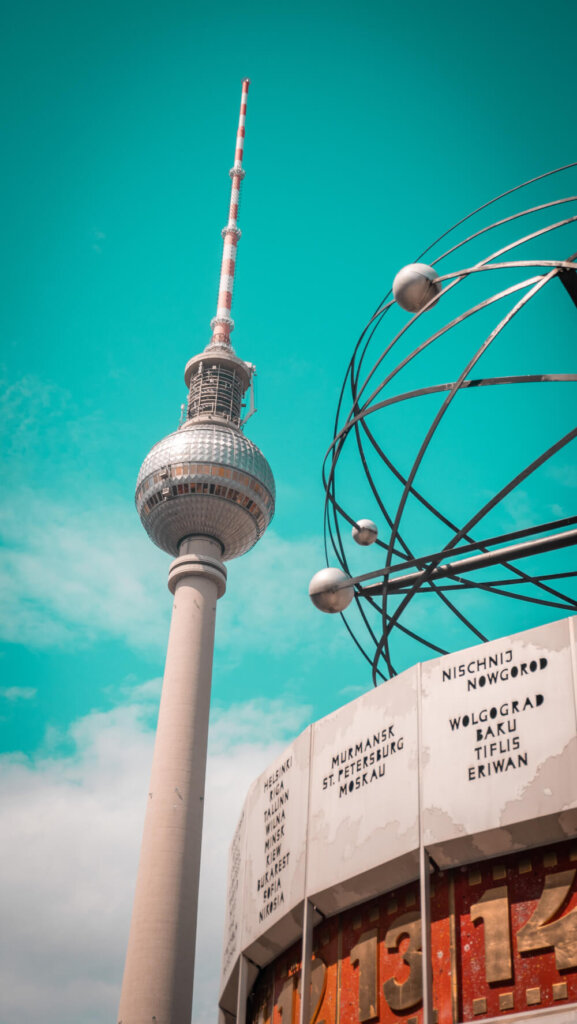 The best time to go to Berlin is in the summer. Avoid the grey days of winter and instead come dance through the sunshine from one open air event to the next. The city is the venue of several festivals such as the Feel Festival or the Wilde Möhre (wild carrot). In September, you should not miss the famous line-up of Lollapalooza, one of Germany’s largest festivals that takes place right at the center of the nation’s capital.

The summer is also peak season for markets – no matter whether you prefer wine or beer festivals, street food festivals or flea markets, there is something here for everyone. Our tip: take a look under events on Facebook to find out what is currently going on in Berlin.

#ToDos for your city trip to Berlin

Even though we prefer to get away from the tourist masses, the classic sights are a must-see. Our tip: after we have dropped you off in Berlin, take the public bus line 100 from the Alexanderplatz along the stately “Unter den Linden” street to the stop Zoologischer Garten. This costs very little money and you will see such sights as the television tower, Brandenburg Gate, Humboldt University, the “Haus der Kulturen der Welt” (a forum for contemporary arts), the elephant gate of the Berlin zoo and the Gedächtniskirche (Memorial Church).

When you have checked off that item on your to-do list, it is worth strolling along the Spree river to make some new discoveries. Not only are there a large number of museums such as the Alte Nationalgalerie, the city is full of street art. The area between the Ostbahnhof and the Berlin Wall is one of the most popular places to see this. Be your own guide: the best way to enjoy the street art is to buy a Mate soda or a beer at a Späti convenience store and go explore.

If you have a little more time, take a trip out to Potsdam or discover a rarity in Germany, an abandoned amusement park in the Plänterwald, the “Spreepark”. Although you are no longer able to explore the premises on your own, the Grün Berlin group will give you a tour over the grounds and explain how the park evolved into what it is today.

Another highlight is the Teufelsberg. The easiest way to get there is by taking the S7 commuter train. The crumbling former US listening station offers a spectacular view over Grunewald and adjoining Berlin and has itself become an object of art.

By bus from Munich to Berlin

Kick back and relax as you travel from Munich to Germany’s capital city, always direct, always affordable, always easy. With Pinkbus. 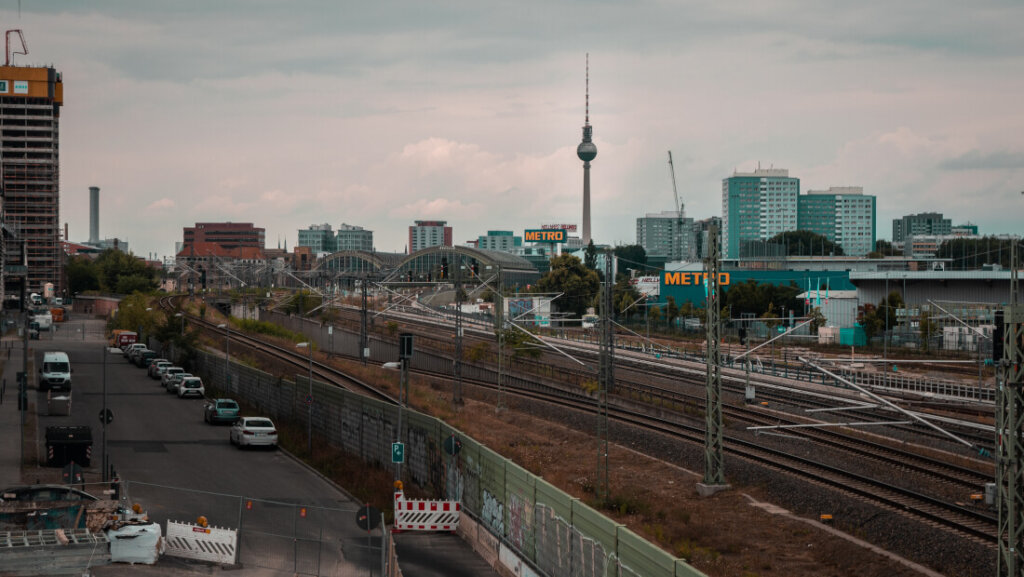 By bus from Düsseldorf to Berlin

Kick back and relax as you travel from Düsseldorf to Germany’s capital city, always direct, always affordable, always easy. With Pinkbus.

Vegan is not just hype in Berlin, the food trend is very much lived in the capital city. An especially large number of vegan restaurants can be found in Mitte district around Rosenthaler Platz, along Eberswalder Straße, on Boxhagener Platz or at the Kottbusser Tor.

In our opinion, the best place to get pizza is at Standard in the Prenzlauer Berg district and the best falafel can be found at Görlitz station. And no foodie should pass up the chance to visit Markthalle Neun (Market Hall Nine) in Kreuzberg, where you will find the best street food in the city. Special theme events are often held here, such as the Sunday breakfast market. Our tip: check out the websites of Berlin’s food bloggers to discover the newest and most popular restaurants. Or do it the old-fashioned way and ask a resident to find out where the true treasures of the city can be found.

Anyone who loves techno has come to the right place in Berlin. The club era is coming to an end all over and Berlin is no exception. However, there are still a lot of good and in part infamous clubs. Who hasn’t always wanted to sneak a peek behind the doors of the Berghain? If you are refused entrance, as happens to almost everyone, just stop by the Watergate, Kater Blau or Ritter Butzke. As always in Berlin: go with the flow and see where it takes you. Besides good techno, you will also find quite passable hip hop and house events. And if you are asking yourself what you should take along to wear: you can’t go wrong with all black on a night out in Berlin.

#3 free things that you can always do

Of course you can always take the free walking tour of Berlin, but we want to tell you about three activities that we find even better and that also don’t require any money:

1. It is Sunday, you are not hung over and the sun is shining – let’s go to a flea market! This is the only way to find original souvenirs to take home with you. Our favorites are the flea market on the Maybachufer (held every 2 weeks in the summer) and in the Mauerpark (pretty much every Sunday).

2. Even if you can find them in every city: the parks in Berlin are particularly beautiful. If you would like to relax and unwind a little on a Sunday with a new friend or lover, we recommend going to Treptower Park or the Viktoriapark in Kreuzberg, where there is a small waterfall to admire. You can buy snacks and drinks at the nearby Späti convenience stores.

3. And if the sun isn’t shining or you are just interested in museums: the nation’s capital also has a lot to offer in this respect. Here a few museums with free admission: